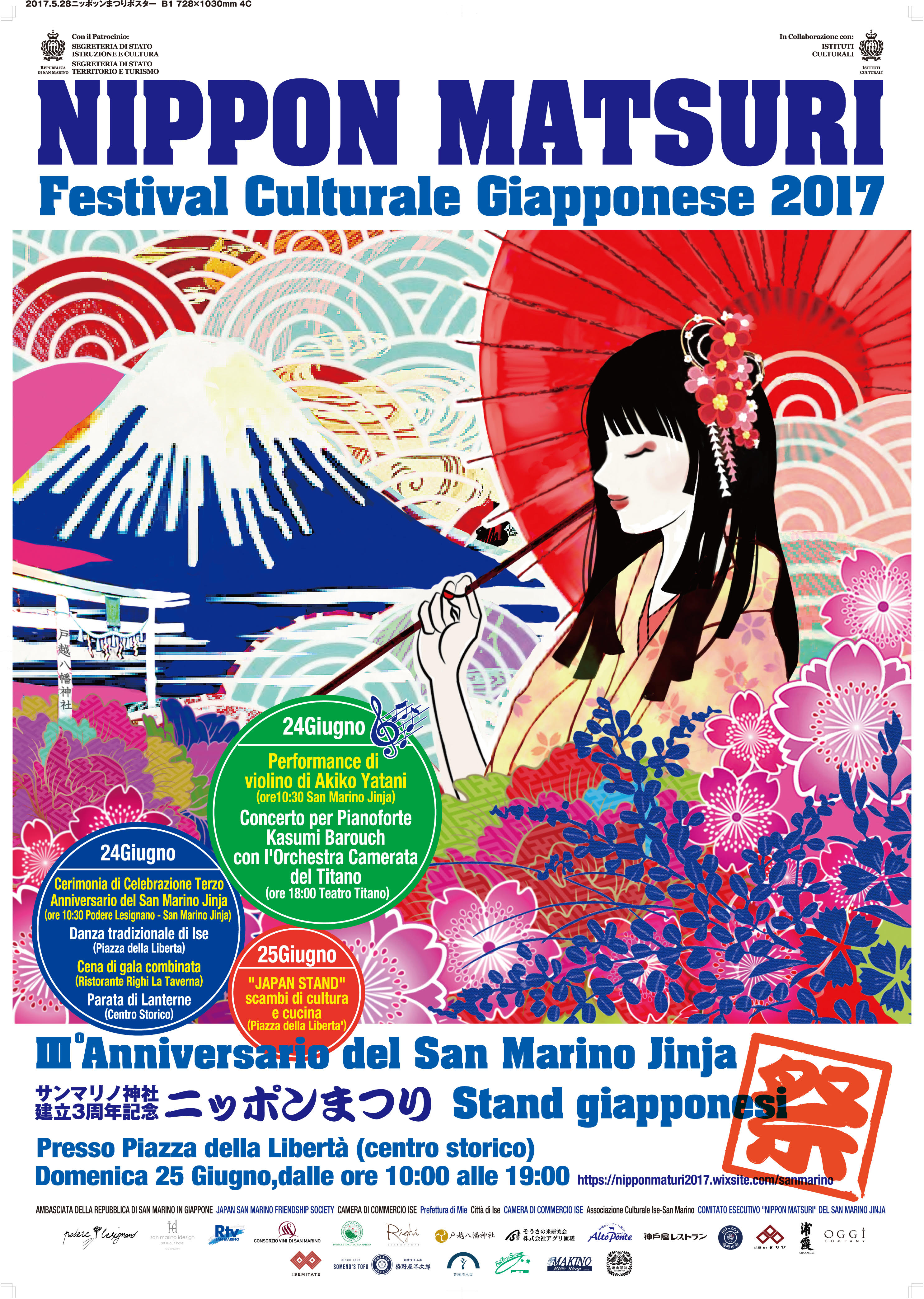 On 24 and 25 June 2017 will take place the 2nd Japanese Cultural festival “Nippon Matsuri” in San Marino, in conjunction will be held the ceremony for the 3rd anniversary of the foundation of San Marino Jinja.

Celebration Ceremony of the third anniversary of the foundation of the San Marino Jinja.

concert in honor of San Marino Jinja with pianist Kazumi Kuse Barouch and the orchestra of the Chamber of Titans directed by M. Stilec Marek

Free admission up to availability

Parade of Japanese lanterns along the streets of the historic center of San Marino.

Exchange of culture and cuisine: stand of gastronomy and typical products.

The images of the gallery were kindly provided by Enrico Raffaelli